This week we begin a new column here at NECAOnline.com where we take you into our world. It’s a messy, fun world, as you will get to see through pictures of the artists’ desks. It’s one full of secrets at times too.

But today, we got a chance to barge in on Randy’s team while they worked on Team Fortress, Gordon Freeman’s Gravity Gun (from NECA’s partnership with Valve Software), and Apollo (from Rocky). The artists have just begun work on these figures, so you get to see very early stages of the sculpting process.

You may expect these to ship around April/May of 2012.

[nggallery id=2]
Pics show Apollo’s battle-damaged head, which is part of the upcoming Rocky series. These will also be highly articulated figures, available around Jan/February 2012.

And….while we were browsing the studio, we stumbled into the “zero-point energy field manipulator“, AKA: 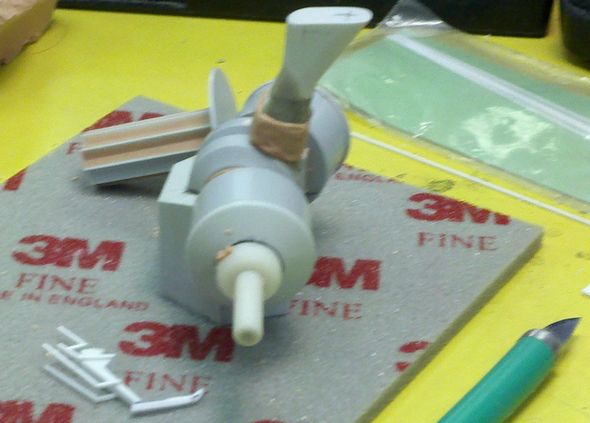 Gordon’s gun receives VIP treatment and gets ready to ship next year.

Stay tuned as we post more Scultptor Corner articles. Let us know what you think and what you want to see over on Facebook or on Twitter.