All year, we’ve been celebrating the 30th anniversary of the Steven Spielberg classic fantasy movie, E.T.: The Extraterrestrial. Back in the spring, we unveiled our E.T. Series 1 action figures, and this fall, we’ll have even more E.T. goods just in time for the holidays and the release of the 30th Anniversary DVD and Blu-Ray!

Series 1, with the Galactic Friend E.T. and the Dress-Up E.T., was a huge success, and Series 2 is even better, bringing to life more great scenes from the movie, including Elliott’s iconic bike ride! Series 2 includes Night Flight E.T. and Telepathic E.T. action figures. 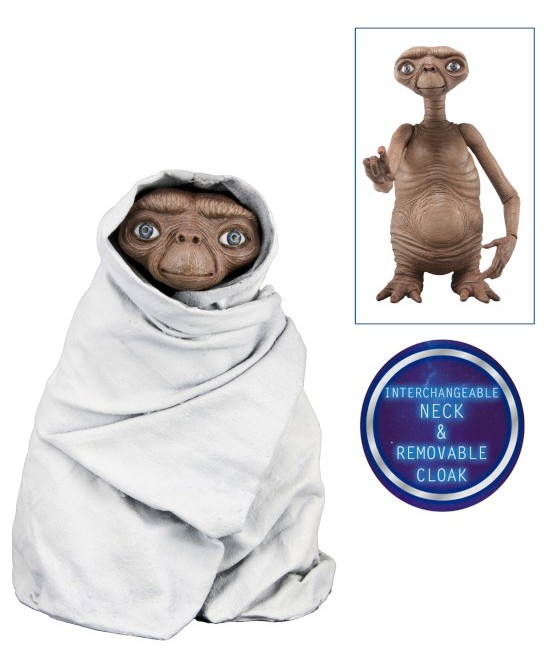 Night Flight E.T. comes with an interchangeable neck and removable blanket (you can see him without it in the inset of the pic above) to recreate the famous bicycle flight scene, and is completely movie-accurate in its detailing. Articulation points include ball jointed necks, shoulders, elbows, wrists, and ankles. 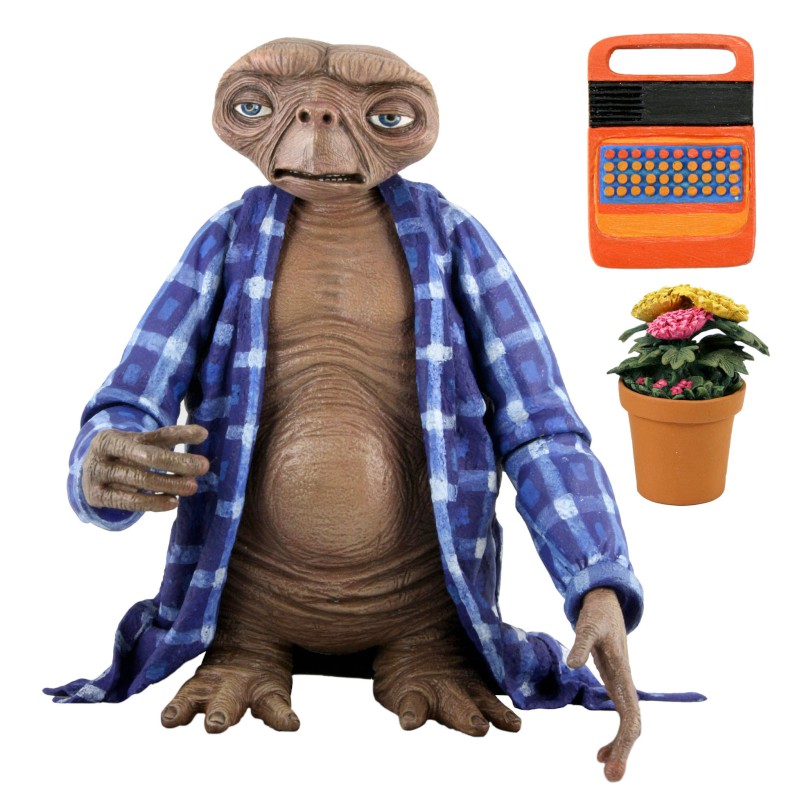 Telepathic E.T. comes with flowers and a Speak and Spell, and also features ball jointed necks, shoulders, elbows, wrists, and ankles. Both figures are in clamshell packaging. 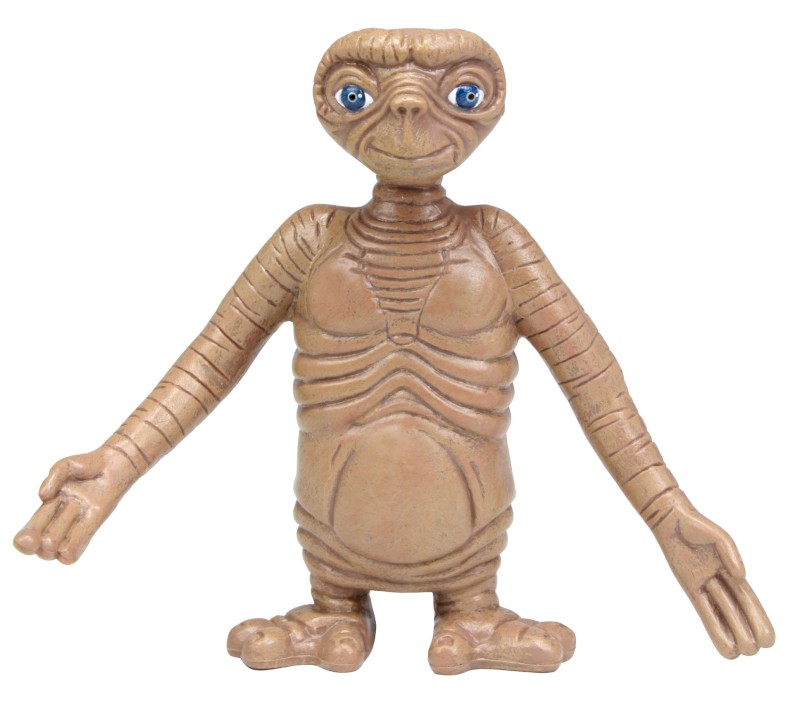 Maybe it’s all that extra skin, but something about E.T. just looks like he shouldn’t have any bones. In homage to the original E.T. toy line, here’s our bendable E.T. The figure itself stands 2.5″ tall and is made of vinyl and has a wire armature to allow him to hold poses. Plus, it’s frickin’ adorable, and that always helps. 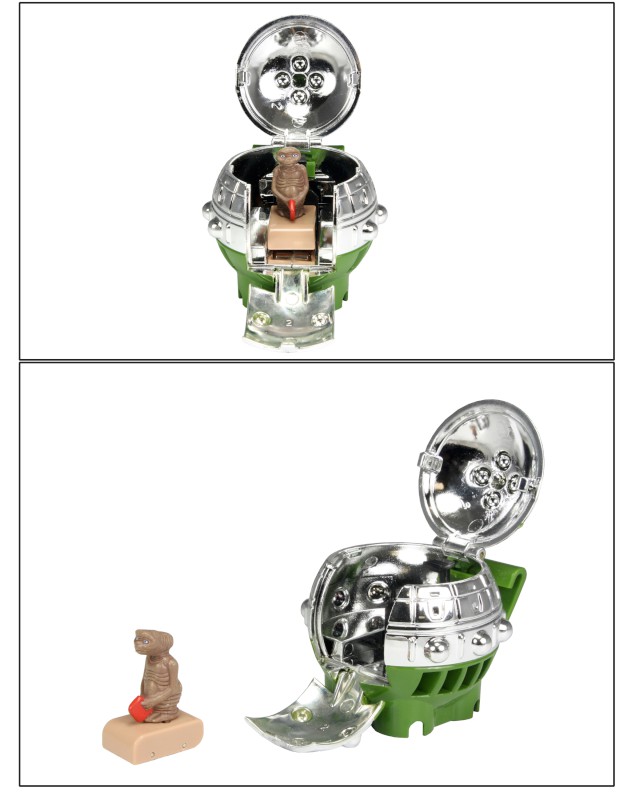 This is one you might have to get the reference to fully appreciate, but our Rolling Spaceship with Launching E.T. is a near-exact recreation of a toy from the original 1982 toy line. The door to the spaceship opens and you place E.T. inside. Press the button and E.T. launches down the ramp. This is what we did before the internet, and it was awesome.

You can see more images in the gallery above. E.T. Series 2, the Bendable E.T. and the Rolling Spaceship are due to hit stores late this month or early September at the latest.

Look for more on E.T.’s 30th anniversary, and don’t forget the movie will be out in special edition Blu-Ray/DVD as well!