The 11th Series in our #1 selling line of Predators action figures brings new Predators to the hunt!

Appearing for the first time ever as an action figure, the Wasp Predator comes from the classic fan film Dead End and includes an amazing new accessory – a staff with an Alien head impaled on the end. 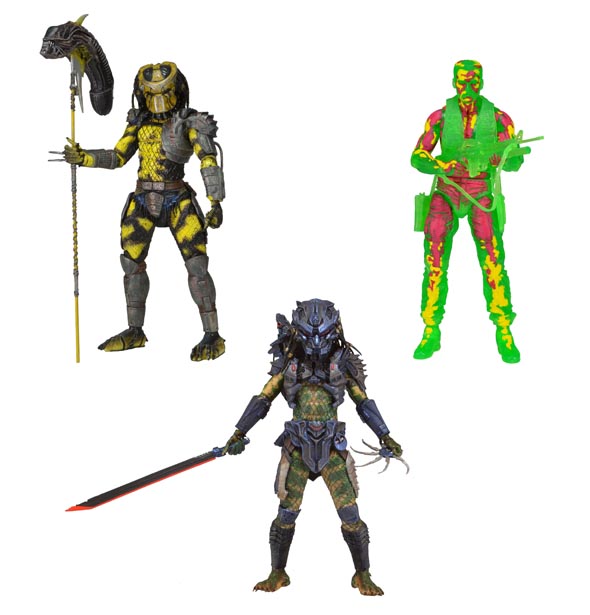 Up next is an Armored Combat version of the Lost Predator from Predator 2‘s Lost Tribe. This new take on the very popular Lost Predator features a brand new mask, backpack, armor and weaponry that fit with his tech look.

The third figure in this new assortment was one of the most talked about figures at SDCC 2013: Thermal Vision Dutch! This special version of Dutch authentically replicates how the Predator sees him using his heat vision. The figure is cast in translucent green and is painted with “hot spots” of yellow and red. Comes complete with rifle, pistol, and knife accessories.