Introducing our second series of detailed action figures from Dawn of the Planet of the Apes, the exciting sequel to 2011’s Rise of the Planet of the Apes! In the film, a growing nation of genetically evolved apes led by Caesar is threatened by a band of human survivors of the devastating virus unleashed a decade earlier. They reach a fragile peace, but it proves short-lived, as both sides are brought to the brink of a war that will determine who will emerge as Earth’s dominant species.

Series 2 includes the truly massive gorilla Luca, who comes with interchangeable heads, plus new versions of Caesar and Koba that feature all-new head sculpts and shotgun and machine gun accessories.

The figures stand approximately 6″ tall and are entirely authentic to the movie. 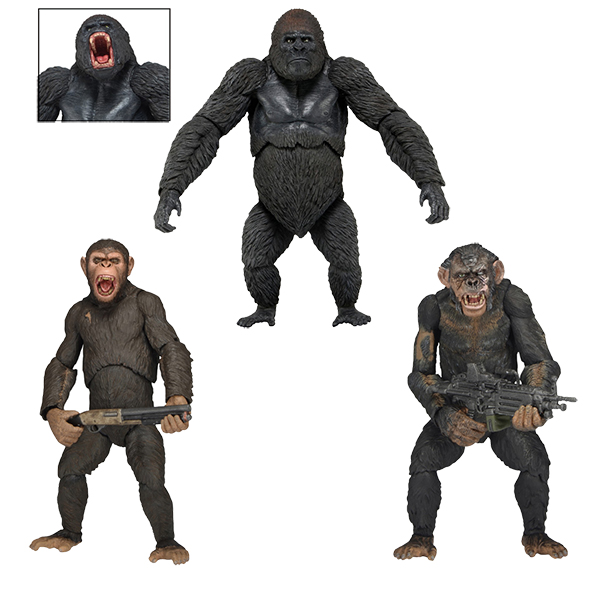