Your favorite kaiju is back and better than ever! He was first revealed at San Diego Comic-Con, and now with a newly re-sculpted head and new paint deco (all based on fan feedback), Godzilla is ready to rumble.

Check out his debut studio appearance below, and let us know what you think on Facebook or Twitter.

In celebration of the new Godzilla motion picture, we begin to explore the classic decade-spanning franchise, with our second version of the beloved monster based on the movie Godzilla 1985 (originally titled The Return of Godzilla).

The figure stands over 6″ tall, with a head-to-tail measurement of over 12″ long. It features incredible detail, including a bendable tail and nearly 30 points of articulation! 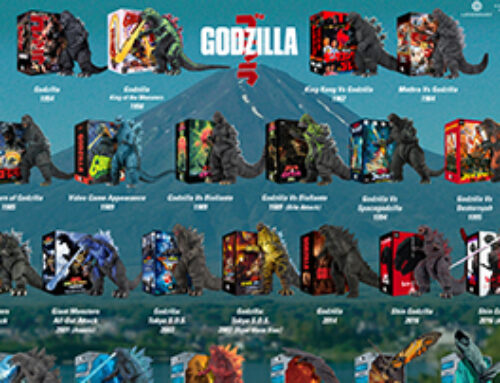 Halloween 3: Season of the Witch Action Figure Set and Restocks of the 12″ Head-toTail 2001 Atomic Blast Godzilla!