Celebrate the 25th anniversary of the first Predator comic book!

The Dark Horse mini-series followed NYPD Detective Schaefer (Dutch’s brother), whose investigation of a string of brutal murders leads him to an army of Predators ready to converge on the city. This 8” tall figure recreates the Predator’s appearance on the cover of issue #1, and has all-new deco in comic book colors and shading. 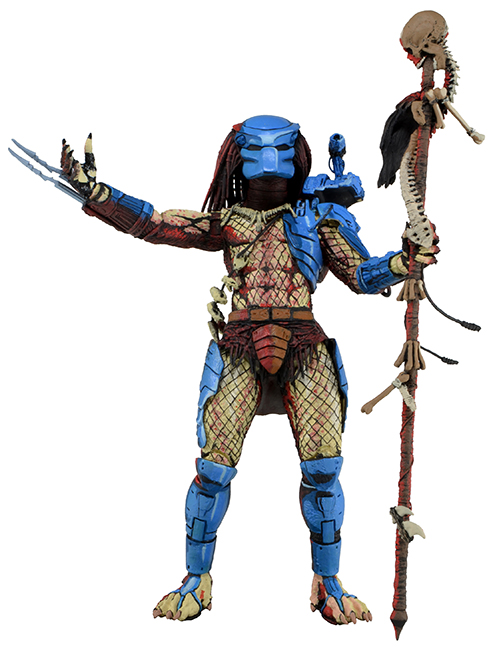