From the hit Starz TV series, Ash vs. Evil Dead! The series follows Ash, stock boy, aging lothario and chainsaw-handed monster hunter who spent 30 years avoiding responsibility, and the terrors of the Evil Dead.
The Series 2 assortment includes Asylum Ash, Henrietta and Adult Demon Spawn. Asylum Ash comes with two interchangeable head sculpts and shotgun accessory, and has 30 points of articulation. Henrietta comes with two interchangeable head sculpts, one of which comes apart to simulate her gruesome defeat by, you guessed it, Ash’s chainsaw. Henrietta has 25 points of articulation. The Adult Demon Spawn features plenty of gruesome detail and will have three variants with different heads, all with over 30 points of articulation.
Figures stand approximately 7” tall.

When E.T. the Extra-Terrestrial debuted in 1982, few could anticipate that the film would go on to charm generations. Yet over 30 years later, the story of young Elliot’s adventures with a visitor from outer space is beloved around the world!
Now you can bring E.T. into your home with this nearly full-scale re-creation of the stunt puppet used in the movie. E.T. stands almost 3 feet tall and is made of foam rubber and latex that’s hand painted for incredibly lifelike detail.
This amazing item is a must-have for E.T. fans and will make an extraordinary centerpiece for any collection. 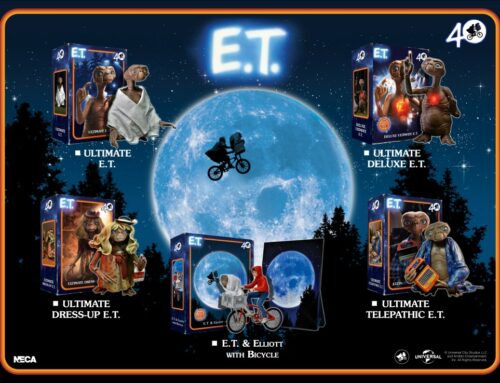 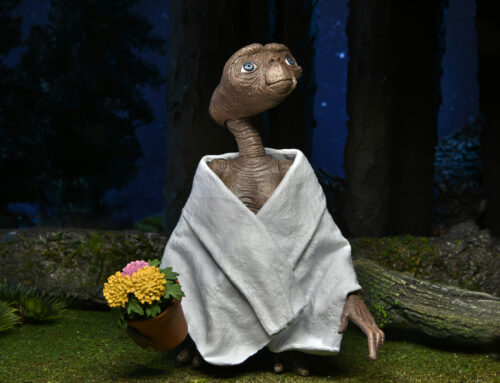 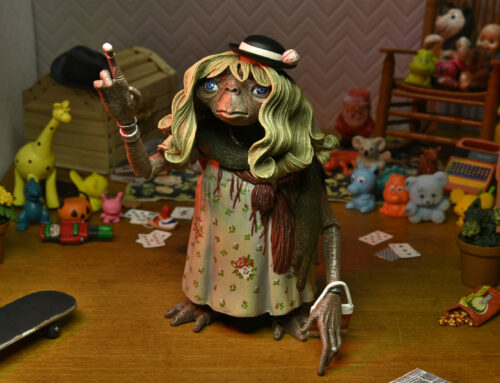 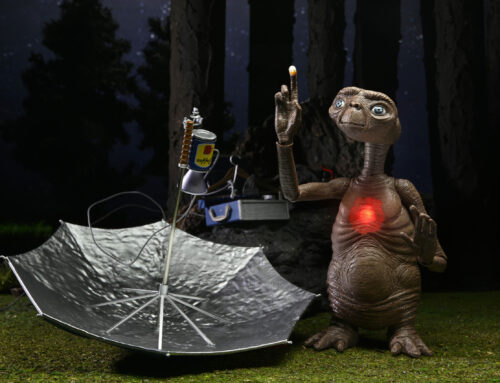 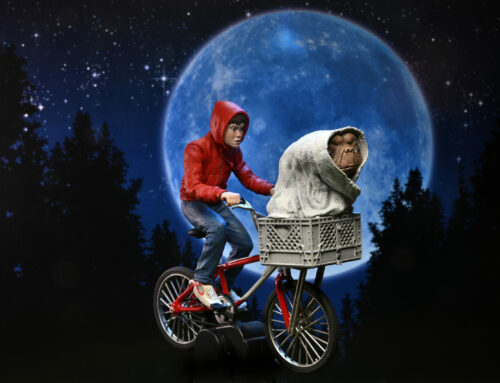