The series follows a Texas preacher named Jesse Custer, who is inhabited by a mysterious entity that causes him to develop a highly unusual power: the ability to make people do his bidding with just a word. The assortment includes Jesse and Cassidy (a hedonistic Irish vampire who becomes Jesse’s best friend), both with authorized likenesses of their actors. 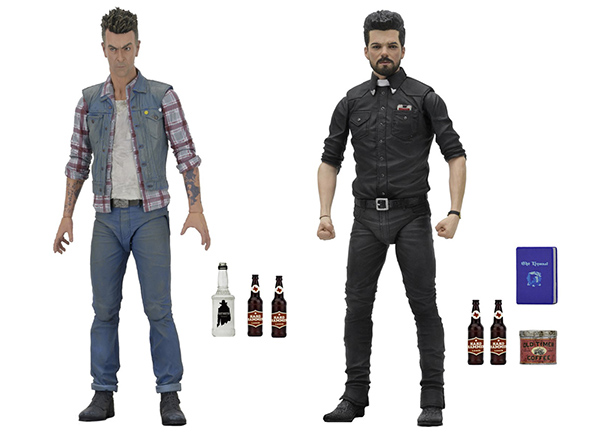