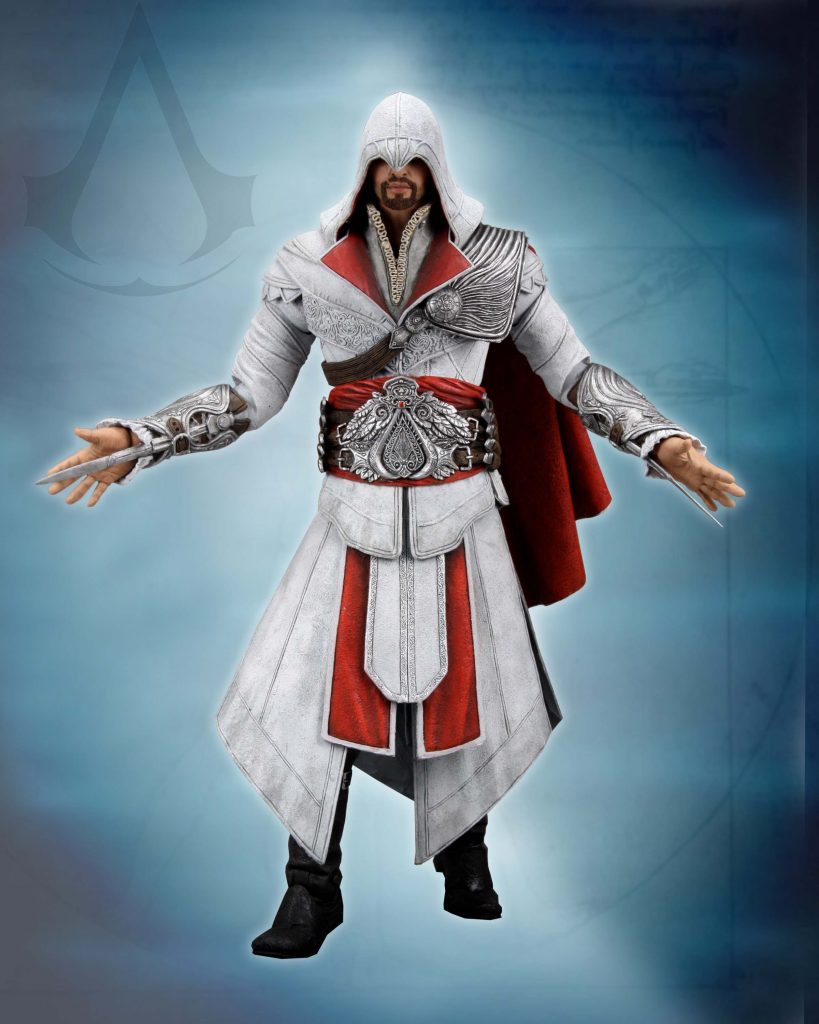 As fans of the game and its innovative playing style, stunning graphics, and intricate storyline, we’re thrilled to unveil our latest in our Assassin’s Creed line: The all-new Assassin’s Creed: Brotherhood Ivory Costume Ezio 7″ action figure!

Our brand new Ivory Costume Ezio is gorgeously detailed, even down to the hood covering his scarred face, and has more than 30 points of articulation. The figure — aside from being posed in the picture above in the coolest action figure pose ever — is 7″ scale and has three sets of interchangeable hands and retractable and removable blades on the gauntlets to reenact stealth attacks!

True, scientists may have discovered that neutrinos can travel back in time, but that’s still got nothing on the Animus 2.0 that sends Desmond Miles back into the consciousness of his ancestor, Ezio Auditore di Firenze. Miles travels from 2012 to Rome in 1499 in the latest installment in the Assassin’s Creed series — Assassin’s Creed: Brotherhood — released last year from Ubisoft.

Assassin’s Creed: Brotherhood follows the smash Assassin’s Creed 2 and picks up right where the stories of Desmond and Ezio left off. It’s a twisted tale of murder, siege and mysticism as the Borgias battle for the papacy in Rome and both Ezio and Miles follow a course that will forever change their lives. We’re not going to give away the ending, but if you’ve followed the series, you know it’s a thriller.

Ivory Costume Ezio will be available in October. Keep it tuned to necaonline.com for more from your favorite games, movies and more!