1, 2 Freddy’s coming for you…Just in time for the Halloween season comes 2 brand new versions of Freddy from our highly successful Elm Street collection.

Also from Freddy’s Dead, we have “Fred Krueger: The Springwood Slasher” featuring the likeness of actor Robert Englund as he appeared as Freddy before the burns. 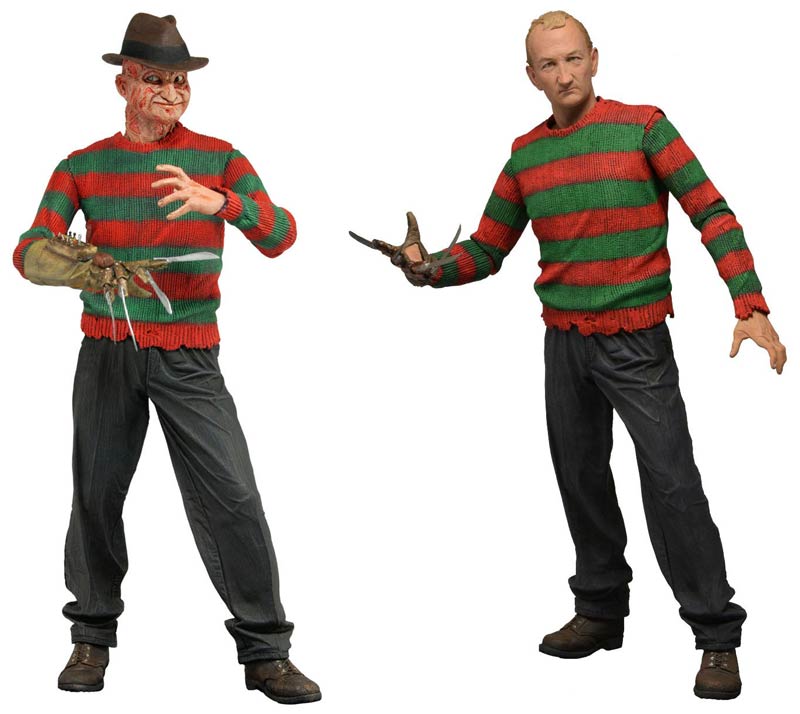 Presented in his human form with photo realistic portrait, gloved right hand, unburned left hand, and removable hat. This is how Freddy looked before he became the monster that haunts your dreams.