Inspired by the Classic 1989 Video Game…

The Predator is the fourth figure in our highly successful line of classic 8-Bit video game tributes. Released in the spring of 1989 for the super popular 8-bit home console, this video game Predator is an ’80s classic. 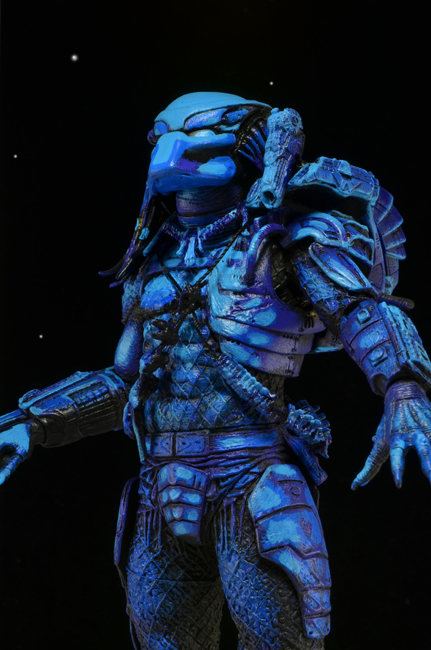 NECA’s Jungle Hunter Predator (1989 Video Game Appearance) is a fully articulated 8-inch tall figure with extendable wrist blades, removable backpack, and over 20 points of articulation. The Predator is painted in shades of blue with black and a hint of cel shading.

This figure comes in special window box packaging with opening flap to re-create the look and feel of the classic 1989 video game packaging.