Following the success of the recently released deluxe Trespasser and Knifehead v.2 comes the next HUGE and highly requested Kaiju, Scunner!

From the epic Pacific Rim movie, Scunner is the largest of the Category IV Kaiju. Its appearance and behavior are akin to that of a bull. Broad and stocky, the two curved horns jutting out of its head act as battering rams against armored opponents like the Jaegers.

Scunner has four arms that are all poseable, along with a bendable tail and tons of detail and additional articulation. 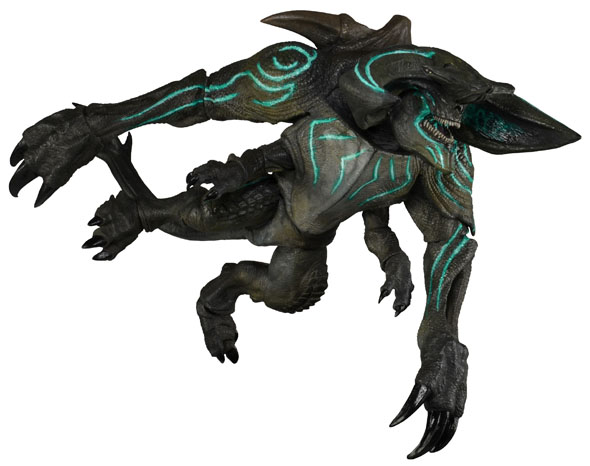