Attention Predator fans! One of the figures scheduled for Series 12 has caught a terrible cold, and so his understudy will be stepping in.

Bad Blood will be replaced by Viper, an all-new Predator created by NECA, making this series even more fantastic!

Keep reading for the updated Series 12 description and image. 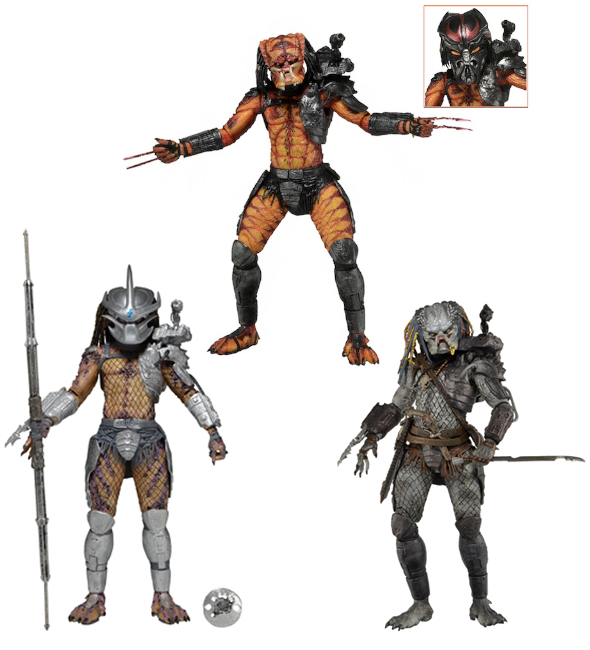 The 12th series in our most successful and longest running figure collection introduces our first ever Predator from Dark Horse’s Bad Blood comic book series, along with a new and improved Elder Predator from Predator 2 and an all-original NECA creation: Viper Predator!

Enforcer Predator makes his action figure debut and is based on the series by Bram Stoker Award winner Jonathan Maberry and Eisner Award winner Tyler Crook. First seen way back in Series 3, Elder V2 features additional articulation, a shoulder cannon, new straps and belts, and new feet, all upgraded and improved from the original version. Viper Predator, pilot of the Blade Fighter vehicle, is an original design featuring deadly wrist blade gauntlets on both forearms, a removable mask, and 2 pairs of hands.

So Everything Else is the Same?

Yep! Even the shipping date is the same – expect Series 12 in June. Keep an eye on our Shipping Calendar!