Anchorage Attack Gipsy Danger features battle damage from its fight with Knifehead at the beginning of the movie, and uses new, unique tooling not seen on any previous Gipsy Danger release. It comes with an interchangeable right forearm that lets you switch between plasma gun and normal hand.

The highly requested Romeo Blue is a Mark-1 American Jaeger and one of the early heroes of the war against the Kaiju. Highlights of its battles appear in newsreels during the prologue to Pacific Rim. Both Jaeger figures were created from the actual digital files utilized by ILM in the creation of the film. 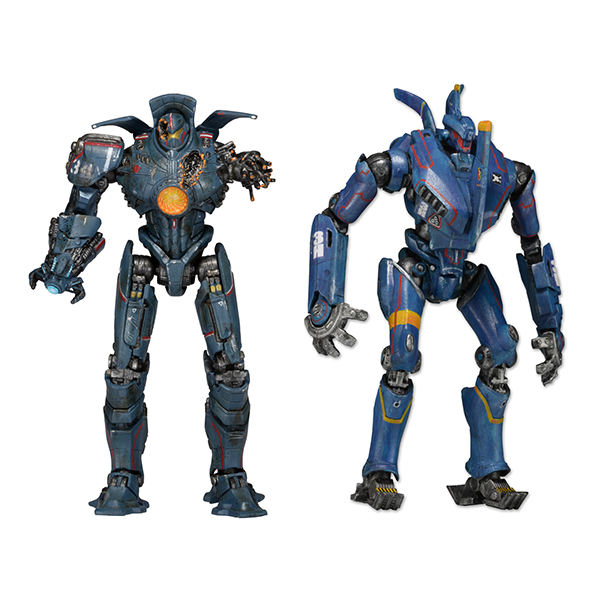