Reactor Blast Gipsy Danger features battle damage and uses the updated tooling introduced in Series 5. It comes with chain-sword accessory and an attachment that recreates a blast from the nuclear reactor in its chest. The fan-requested Horizon Brave is a Mark-1 Chinese Jaeger and one of the first Jaegers ever constructed. Highlights of its battles appear in newsreels during the prologue to Pacific Rim. Horizon Brave features a spring-loaded missile launching mechanism.

Both Jaeger figures were created from the actual digital files utilized by ILM in the creation of the film. 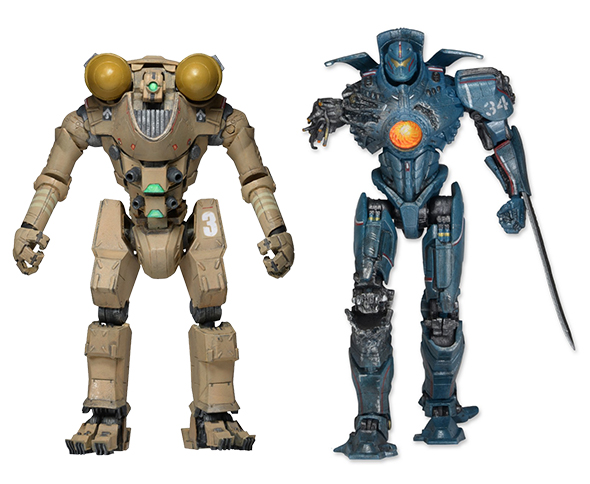