To commemorate a decade of Sony’s thrilling God of War video game series, we went back to the studio to create a definitive collector’s edition: an all-new sculpt of Kratos from God of War III.

This menacing 7” scale action figure features over 30 points of articulation and an incredibly realistic sculpt. He’s fully equipped to do battle with the gods themselves: accessories include two flaming Blades of Athena, two Cestus gauntlets, and two interchangeable head sculpts based on both the promotional art and in-game models for Kratos. Comes in collector-friendly deluxe window box packaging with opening flap. 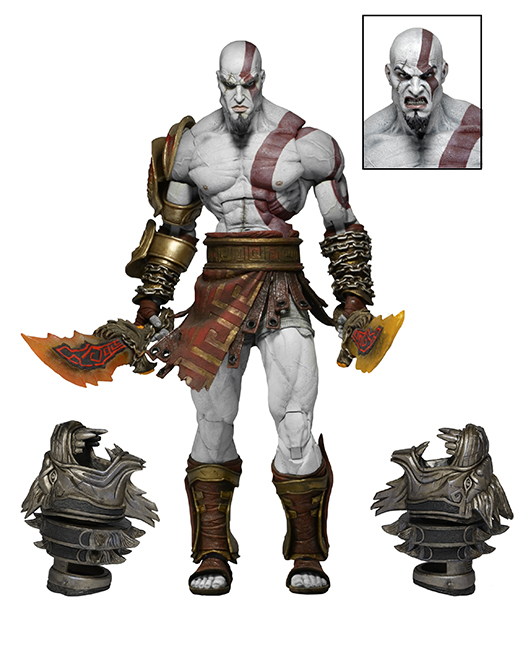