We also revealed a second series of HUBSNAPS, and we’ll be adding many more licenses. Click here if you missed Friday’s announcement of the BRAND NEW line from NECA, and watch in the coming days for a huge contest related to HUBSNAPS, too.

*For many more images and more info, be sure to click the product links below each description.*

From Batman: Arkham City, the second chapter in the most successful Batman video game series ever! This is our first-ever Harley Quinn action figure, and to do this deadly gal justice, we’re excited to debut her in 1/4 scale format. Harley stands 18″ tall and features over 25 points of articulation and a metal wallet chain. She comes with two machine guns, baseball bat, and interchangeable hands – all will come in handy in her vicious battles against Batman!

Celebrate the 30th anniversary of Aliens with a new 1/4 scale figure from the thrilling 1986 follow-up to the legendary horror film. This is the first appearance of the 1986 Warrior in our 1/4 scale line! The menacing Warrior stands over 22” tall, and has a hinged jaw that opens, revealing an inner mouth that extends for realistic movie action. It has almost 30 points of articulation, including double knee joints and a bendable tail, and is movie-accurate, down to the bluish tint that actually came from the lighting used in the film to heighten the cold, alien nature of these creatures.

Our best-selling Alien line continues with more action figure debuts!
Series 8 focuses on 1992’s Alien 3, and includes Weyland Yutani Commando, Dog Alien, and the first Ripley figure from this movie to feature the likeness of Sigourney Weaver. Ripley in Prisoner Uniform comes with removable jacket, 2 sets of arms, and flashlight & torch accessories. Weyland Yutani Commando comes with removable goggles, custom pulse rifle, and knife that fits in a boot sheath. The Dog Alien comes in brown and gray variants, with over 30 points of articulation and bendable tail. Each highly articulated figure stands approximately 7” tall (Dog Alien is over 9” tall).

Get a “leg up” on decoration with a little help from your favorite characters! This fun leg lamp is styled like Harley Quinn – perfect for any fan of the classic DC Comics character. Both the leg and the lamp light up, adding a glow to any room. Including the full-size shade, the lamp is approximately 20″ high x 19″ wide and has a 5-foot cord. Main light uses one 40-watt bulb (not included) and leg light uses one 5-watt type C bulb (included).

Enjoy hours of body-bobbling fun that’s powered by the sun – no batteries needed! Body Knockers stand 6” tall and rock from side to side when exposed to light. Collect the entire line of Body Knockers and watch your favorite characters work it all day long!

There’s so much more to come, so check back tomorrow! 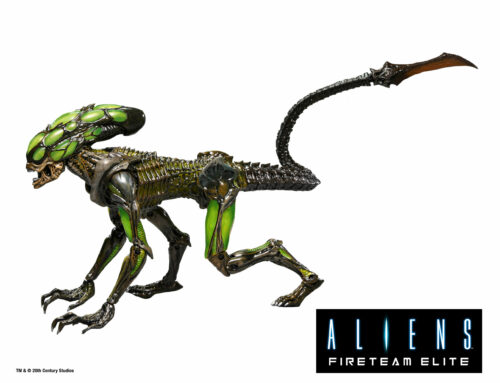 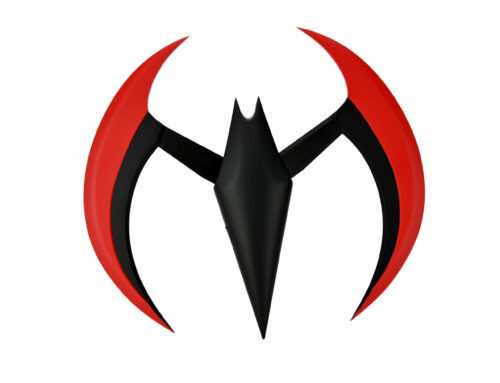 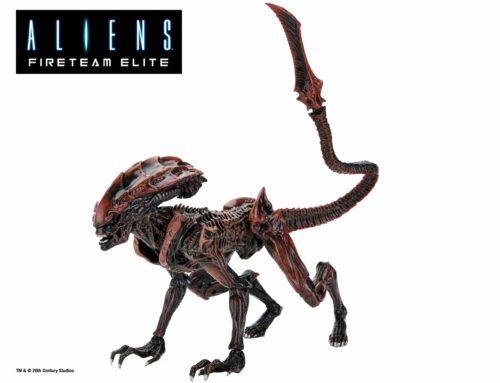