No purchase necessary to enter or win. A purchase will not increase your chances of winning. Void where prohibited. U.S. law governs. Open only to legal residents of the United States and the District of Columbia, 18 and older, or 13 and older with parental consent.

OFFICIAL ENTRY: To enter, tag a friend and use the hashtag #NECADEADPOOLGIVEAWAY on only one of the Participating Sites noted at the end of these Official Rules. A maximum of one entry is allowed during the Entry Period. You can enter this contest by online entry only.

All entries submitted in accordance with these Official Rules shall be hereinafter referred to as “Eligible Entries”.

CONDITIONS OF ENTRY / ELIGIBILITY
Entrants agree to abide by the terms of these Official Rules and by the decisions of judges which are final. This contest is open to legal residents of the United States or the District of Columbia who are at least 18 years of age at time of entry, or 13 years of age with parental consent, except wherever prohibited or restricted by law. This contest is intended for the United States only and shall only be construed and evaluated according to United States law. Entries made by non-legal resident of the United States are not valid. By participating in the contest, entrants (i) agree to be bound by these Official Rules, including all eligibility requirements and (ii) agree to be bound by the decisions of Sponsor (defined at the end of these Official Rules) and its judging organization, which are final and binding in all matters. Employees of Sponsor and prize providers, or their respective subsidiaries, affiliates, advertising and promotion agencies, retailers or distributors, and members of their immediate family (e.g., spouses, parents, children, siblings, grandparents) or household (i.e., people who share the same residence at least 3 months a year [whether related or not]), are not eligible to win. Entries that are incomplete or corrupted are void and will not be eligible. Sponsor and its agents reserve the right to verify eligibility qualifications of any winner. Failure to comply with these Official Rules may result in disqualification from the contest. This contest is subject to all applicable federal, state and local laws and regulations. Void where prohibited by law.

To the extent applicable, all entries and requests become the property of Sponsor. One official entry per person allowed during the entire Entry Period. In the event of a dispute over the identity of an online entrant, entry will be deemed submitted by the authorized account holder of the account submitted at time of entry. “Authorized account holder” is defined as the natural person who is assigned to a Facebook, Twitter or Instagram account.

SPECIAL PUBLICITY NOTICE
By entering the contest, you grant to Sponsor your express permission (except where prohibited by law), although Sponsor is not obligated, to use your name, identity, description of prize won (if applicable), hometown and likeness, if applicable, for promotional purposes, in any media now known or hereafter developed. See more details at “Winner / Selection” below.

Available Prizes are noted at the end of these Official Rules.

Any and all other expenses not mentioned herein, if applicable, including without limitation, ground transportation, meals, airline seat upgrade fees, airline flight change fees, airline checked baggage fees, additional hotel amenities, fees and gratuities, are the responsibility of the winner and traveling companion. No prize substitution, cash substitution, or assignment or transfer of prizes is permitted, except by Sponsor who may substitute a prize of equal or greater value if any portion of the advertised prize becomes unavailable. In no event shall more than the number of stated prizes be awarded. Any unused prizes will be forfeited, will not be redeemable for cash and may not reduce the prize value awarded for tax purposes. All federal, state, local and other taxes, costs and expenses relating to the use, acceptance and possession of the prize are the sole responsibility of the winner. Taxes are the responsibility of the winner. The Winner(s) will receive an IRS Form 1099 for the actual value of their prize.

ODDS
Odds of winning depend upon the number of Eligible Entries received during the Entry Period.

WINNER / SELECTION
Winner will be selected by representatives designated by Sponsor, at random.

Winner(s) will be announced following the close of the Entry Period from among all Eligible Entries received. Winner(s) will be notified via Direct Message on the platform of their entry. Each Winner will be required to privately provide his or her name, address, age, and other personal information required to receive the Prize. The Winner may be required to submit his/her valid social security number and/or other identification to Sponsor and may be required to execute, have notarized and return an Affidavit of Eligibility and Release of Liability, and, unless prohibited by law, Publicity, within the Required Response Time.

If prize notification is undeliverable, or if a winner cannot be contacted for any reason within 48 hours following drawing, the prize will be forfeited, and an alternate winner may be selected at random from the remaining Eligible Entries.

PRIVACY NOTICE / MARKETING
By entering this contest, any personal information you submit will be disclosed to Sponsor, and will be used only by us consistent with our privacy policies. Sponsor may use your personal information, including postal and e-mail addresses, to contact you regarding our goods and services and any other offers and/or promotions that we believe might interest to you. All entries must comply with our Privacy Policy, which can be found at https://necaonline.com/privacy-policy.

GENERAL CAUTION / RELEASE
Sponsor reserves the right to permanently disqualify any person it believes has intentionally violated these Official Rules. If, in the judges’ opinion, there is any suspected or actual evidence of tampering with any portion of this drawing, or if technical difficulties or technical corruption (including a computer virus or system malfunction) compromise the integrity of the drawing, the judges reserve the right to terminate the contest and select Winner(s) from among all Eligible Entries received prior to termination, or to cancel the contest completely. Sponsor also reserves the right to modify the Contest Official Rules. Should the contest be terminated prior to the stated expiration date, notice will be posted at the Participating Site(s). Any attempt to deliberately damage the content or operation of this drawing is unlawful and subject to legal action by the Sponsor and its agents. Judges’ decisions are final in all matters relating to this contest. You agree, on your own behalf, and on behalf of your heirs, executors, administrators, legal representatives, successors and assigns (“RELEASING PARTIES”), that the RELEASING PARTIES shall hereby release, and agree to defend, indemnify, and hold harmless the Sponsor its owners, affiliates, and subsidiaries, prize fulfillment companies, additional sponsors, and those working on its behalf, and all other businesses involved in this contest, as well as each of their respective employees, officers, directors, agents and representatives, successors and assigns (“RELEASED PARTIES”), from any and all actions, causes of action, suits, debts, dues, sums of money, accounts, reckonings, covenants, contracts, controversies, agreements, promises, trespasses, lost profits, indirect or direct damages, consequential damages, incidental damages, punitive or exemplary damages, including for injury and death, judgments, extent, executions, claims and demands whatsoever, in law, admiralty or equity, whether known or unknown, foreseen or unforeseen, against RELEASED PARTIES which any one or more of the RELEASING PARTIES ever had, now have or hereafter can, shall or may have, whether known or unknown, asserted or non-asserted, which may in any way arise out of or relate to your participation in this contest or the awarding, acceptance and use or misuse of a prize. Released Parties make no warranties, express or implied, relative to the use or enjoyment of the Prize (or any portion thereof) including, without limitation, its quality, merchantability or fitness for a particular purpose. By entering the contest, each participant agrees to indemnify and hold harmless and fully release the Released Parties from any and all liability for any injuries, losses, death, or damages of any kind caused by participation in the contest, participant’s Entry, or resulting from the acceptance, possession, quality, use or misuse of the Prize (or any portion thereof) including any travel or activity related thereto.

DISCLAIMER OF LIABILITY
Sponsor shall not be responsible for (i) any typographical or other error in the publishing or printing of the offer, administration of the contest or in the announcement of any prize; (ii) lost, late, misdirected, damaged, illegible or incomplete entries, or postage due mail; (iii) error, omission, interruption, deletion, defect, delay in operations or transmission, theft or destruction or unauthorized access to or alterations of entry materials, or for technical, network, telephone equipment, electronic, computer, hardware or software malfunctions of any kind, or inaccurate transmission of or failure to receive entry information by Sponsor on account of technical problems or traffic congestion on the Internet or at any web site or any combination thereof; (iv) any injury or damage to entrant’s or any other person’s computer related to or resulting from participating in the contest; or (v) the failure of any third party to comply with the instructions and proper administration of this contest. You agree that the RELEASED PARTIES (defined above) shall not be liable for any injury, including death, loss or damage of any kind caused or claimed to be caused, by participation in this contest or from the acceptance or use or redemption of any prize(s). In the event Sponsor and its agents are prevented from continuing with the contest as contemplated herein by any event beyond its control, including but not limited to fire, flood, earthquake, explosion, labor dispute or strike, act of God or public enemy, satellite or equipment failure, riot or civil disturbance, terrorist threat or activity, war (declared or undeclared) or any federal, state, or local government law, order, or regulation, or order of any court or other cause not within their control, Sponsor and its agents shall have the right to modify, suspend, extend or terminate the contest.

LAW / DISPUTE RESOLUTION
This contest shall be governed by and interpreted under the laws of the State of New Jersey, U.S.A., without regard to its conflicts of laws provisions that may require the application of the laws of another jurisdiction. Any and all disputes, claims, and causes of action arising out of or in connection with this contest shall be resolved individually, without resort to any form of class action. Any action or litigation concerning this contest shall take place exclusively in the federal or state courts sitting in New Jersey, and you expressly consent to the jurisdiction of and venue in such courts and you waive all defenses of lack of jurisdiction and inconvenient forum with respect to such courts. You agree to service of process by mail or other method acceptable under the laws of the State of New Jersey. ANY CLAIMS, JUDGMENTS AND/OR AWARDS SHALL BE LIMITED TO ACTUAL OUT-OF-POCKET COSTS ASSOCIATED WITH ENTERING THIS CONTEST. YOU HEREBY WAIVE ANY RIGHTS OR CLAIMS TO ATTORNEY’S FEES, INDIRECT, SPECIAL, PUNITIVE, INCIDENTAL OR CONSEQUENTIAL DAMAGES, WHETHER FORESEEABLE OR NOT AND WHETHER BASED ON NEGLIGENCE OR OTHERWISE.

SPONSOR: The Sponsor of this contest is National Entertainment Collectibles Association. 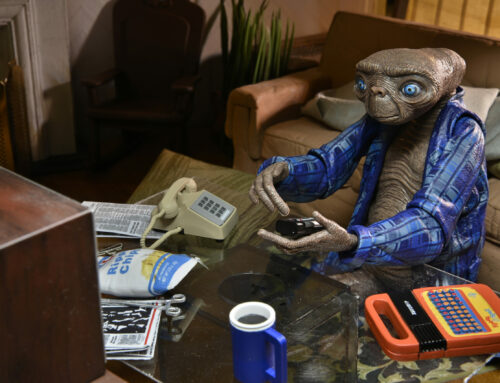 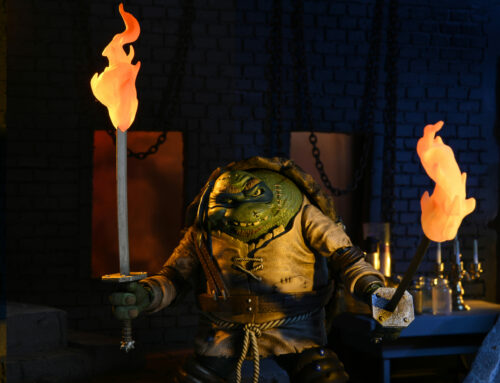 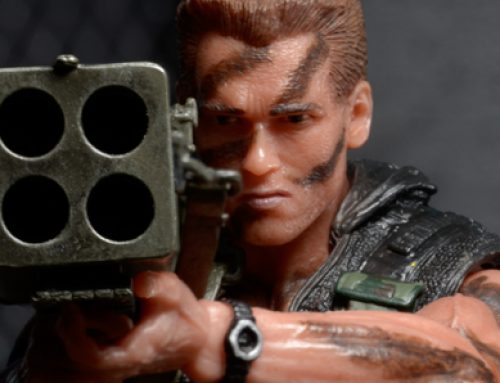