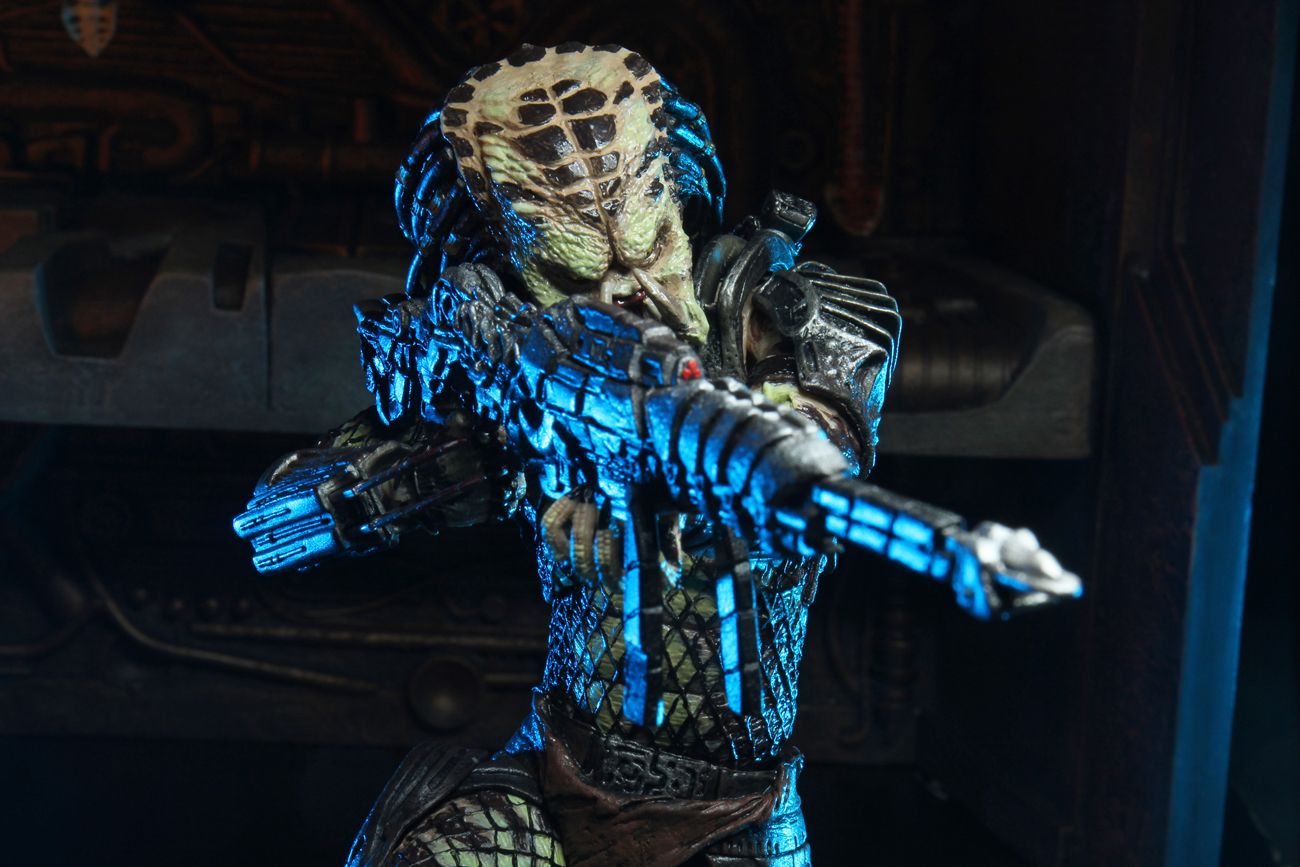 30 years after its release, NECA is celebrating Predator 2’s anniversary with the return of each Lost Tribe Predator in Ultimate form. The Scout Predator is given an upgrade with an all new body loaded with articulation, an assortment of interchangeable hands, and two heads, one of which is a brand new unmasked head. Other accessories include open &amp; closed disc weapons, blast effect, a long range blaster rifle, and a collapsed version that doubles as a backpack.