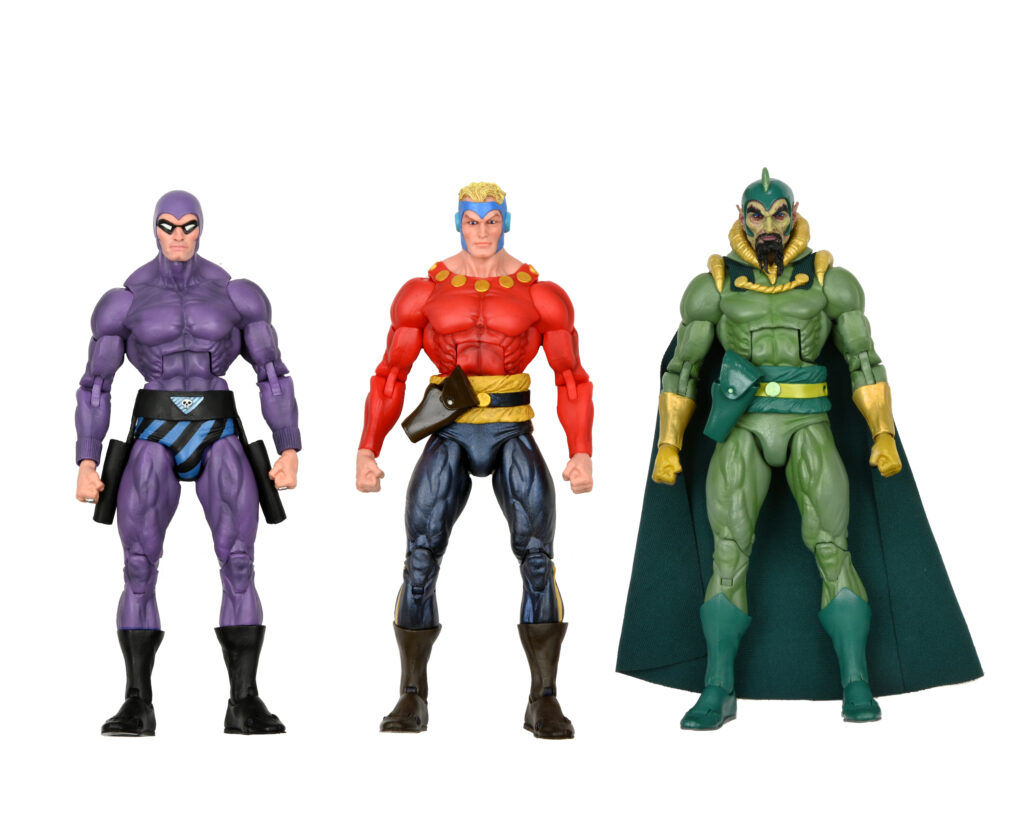 Introducing THE ORIGINAL SUPERHEROES line of figures — NECA’s loving tribute to the classic giants of comic books and pop culture! Series 1 includes King Features characters from long-running comic strips that went on to influence the world of superheroes. It includes Flash Gordon, The Phantom, and Ming the Merciless. Each 7″ scale action figure has over 30 points of articulation.