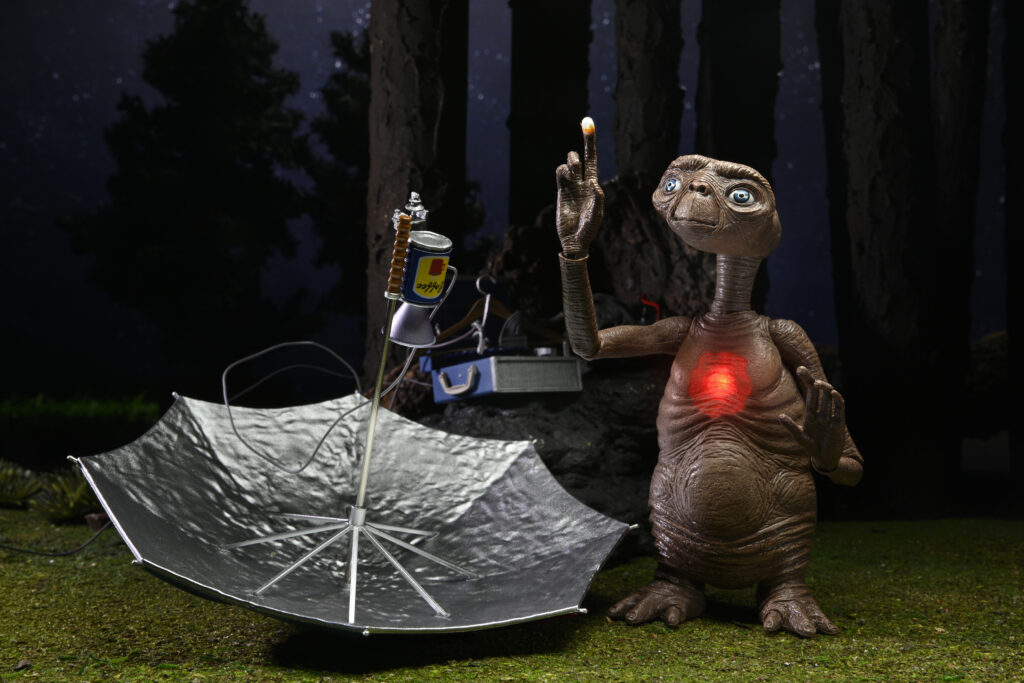 This Ultimate action figure celebrates the 40th anniversary of the beloved classic! Bring the magic and excitement of E.T. The Extra-Terrestrial into your world. As your friendship with E.T. grows, relive all of his earthly encounters or look to the stars and create your own unforgettable interactive adventures. This Deluxe Ultimate figure features a light-up LED chest just like in the movie! It comes with the large communicator device built in the movie to “Phone Home,” potted plant, and interchangeable necks and hands. E.T. stands in 7″ scale (meaning the figure is about 4.5″ tall) and is posable. Comes in display-friendly 40th anniversary window box packaging with opening front flap. Uses button cell batteries, included.