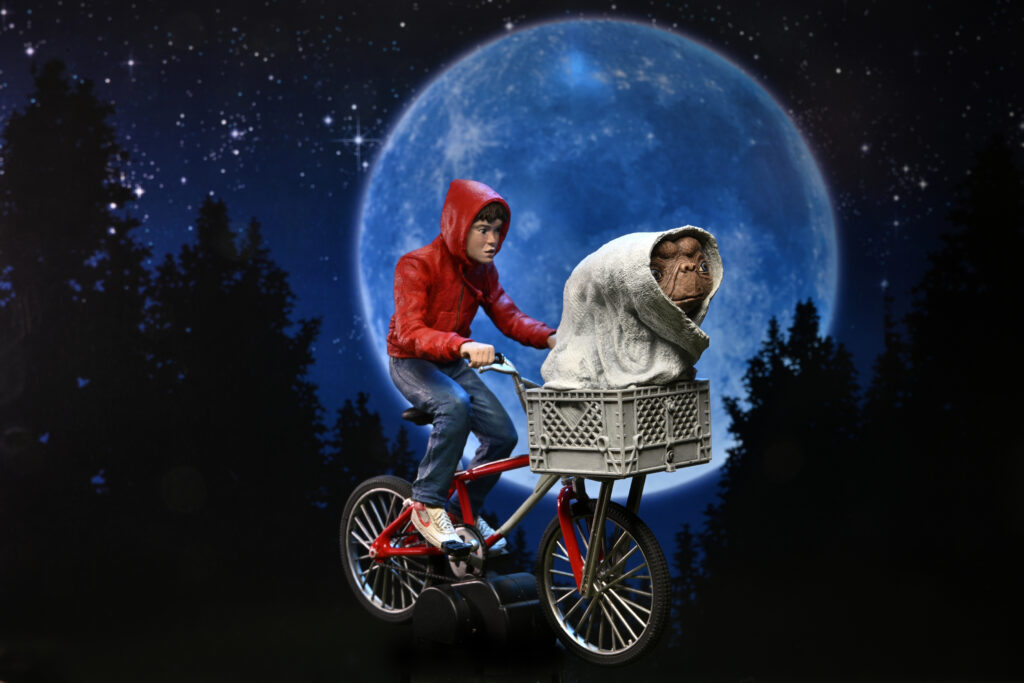 For the 40th anniversary of the beloved classic, bring the magic and excitement of E.T. The Extra-Terrestrial into your world. As your friendship with E.T. grows, relive all of his earthly encounters or look to the stars and create your own unforgettable interactive adventures. E.T. and Elliott on Bicycle features pull-back-and-go action! And to re-create the famous flying scene, you can attach the figure to a freestanding movie backdrop for an iconic image. The 7” scale figure (approximately 5″ long) comes in display-friendly 40th anniversary window box packaging with opening front flap.